What is the MYOB RowVersion field

You can find yourself in a “record locking” situation where the same record has been updated in both FileMaker and MYOB. To control this MYOB have a field called RowVersion which contains a value that changes upon a record update. You must pass this value to the MYOB API when updating an existing record in MYOB (e.g. updating a Contact or Invoice). 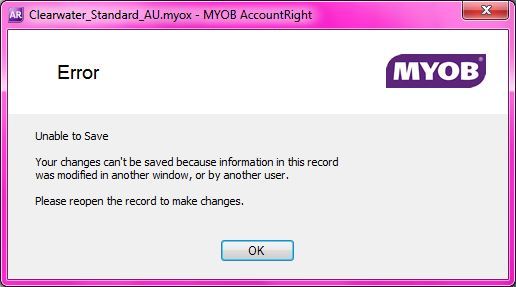 They just need to cancel and open the record again in MYOB to see the latest version that was uploaded from FileMaker.

If you attempt to update a record from FileMaker that has been modified in MYOB since you last updated/retrieved the record you will get an error message when uploading: 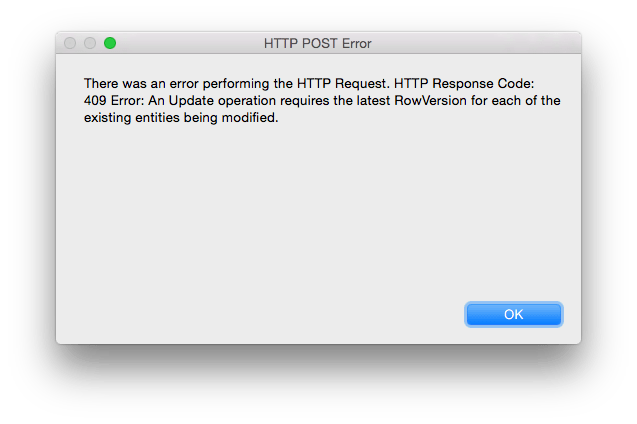 The FileMaker user will need to download/update the record first, then make their changes and upload it again.

We have also added this button to the Contacts, Invoices, Orders, Bill and Purchase Orders detail screens to allow you to retrieve just the latest RowVersion value:

This will allow you to download the latest RowVersion from MYOB for the record you are viewing before uploading any changes back to MYOB if you no longer have the latest version stored in FileMaker (for example if someone has made changes to the same record using the MYOB AccountRight application or via a web browser).